Me. You. Us.
BayernLB employees worldwide. Workshops. Sessions for leaders. Presentations. Films. Virtual closing event.
That was the digital Townhall and Leadership Week and we were there!

BayernLB's purely digital event format had two main focuses: To communicate the new understanding of leadership and open up new networking opportunities for employees and executives.

Over a period of four days, presentations were made in German and English via livestream, discussions took place and new content was developed in various workshops. The workshops were translated directly from the studio using simultaneous translation.

3.000 employees on the opening panel and 300 executives at the workshop days and the closing event were linked up live from BayernLB locations around the world.
A dedicated platform stimulated the participants to exchange and network. The highlight of the final event were the gift boxes filled with local and regional delicacies and packed by us, which were sent to the participants in advance.
The informal conclusion of the BayernLB Leadership Week took place via the "get-to-know-you" tool.

It was a great fun to cooperate so closely in creating the concept, in organising it all and producing the film material.
We say a big thank you to BayernLB and our partner goldenebotschaft. 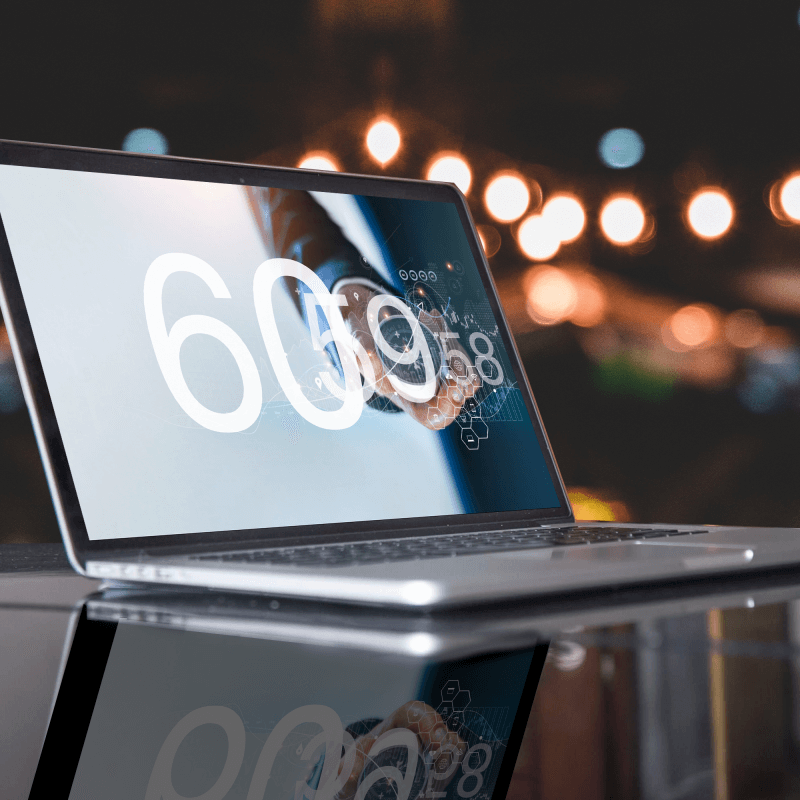 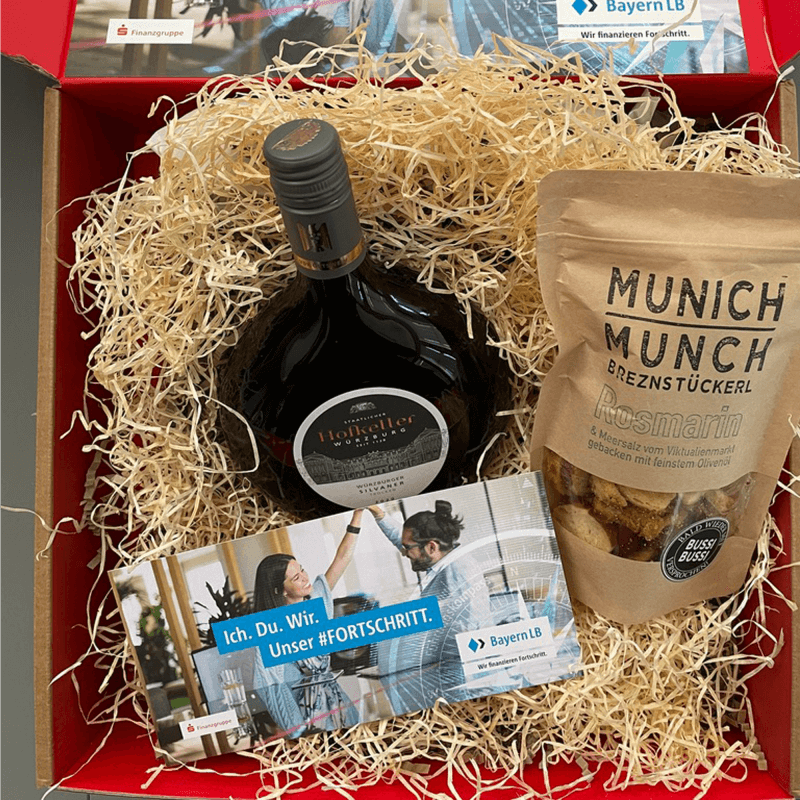 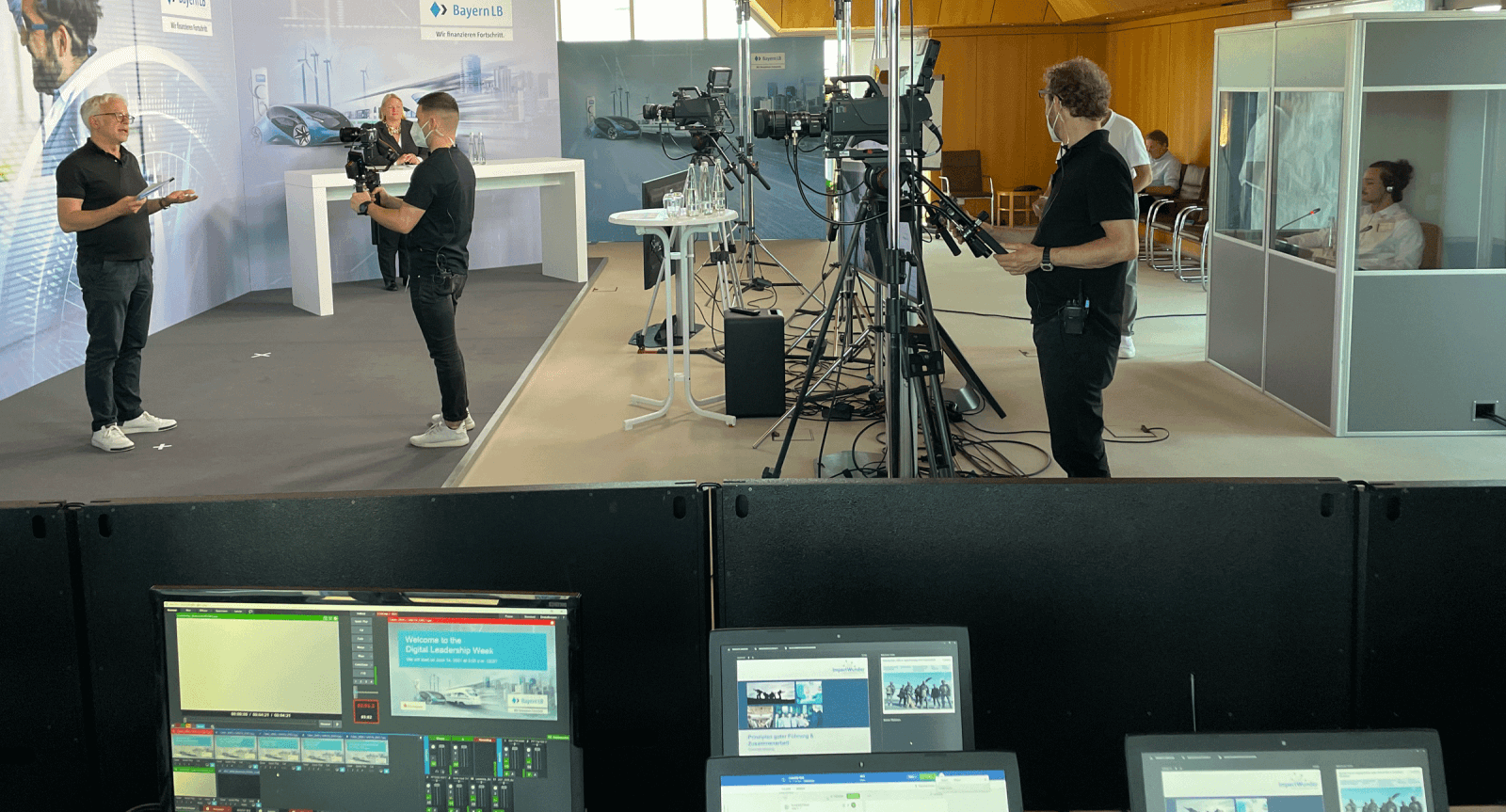 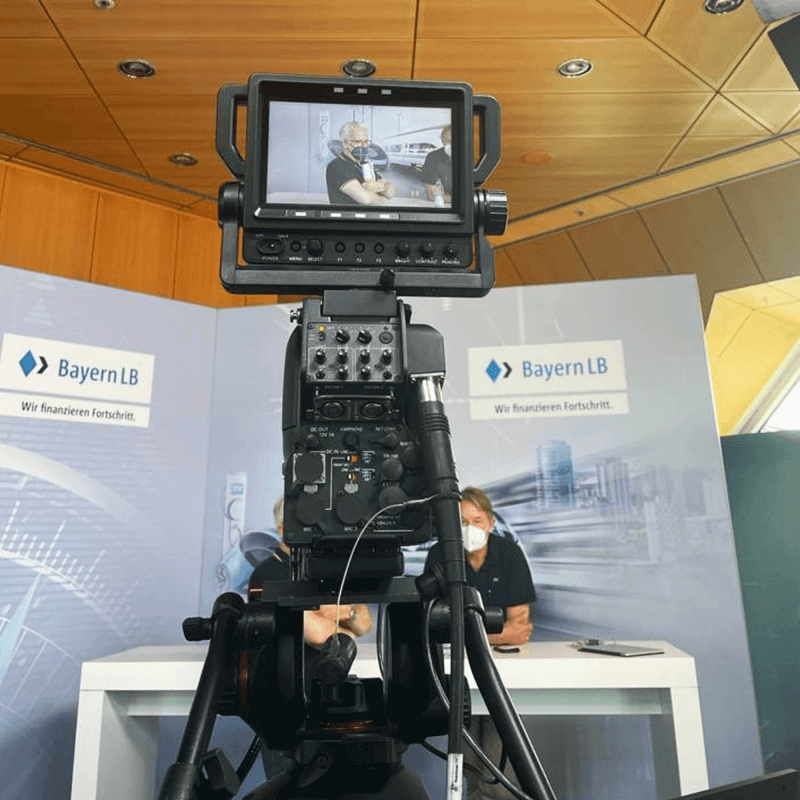 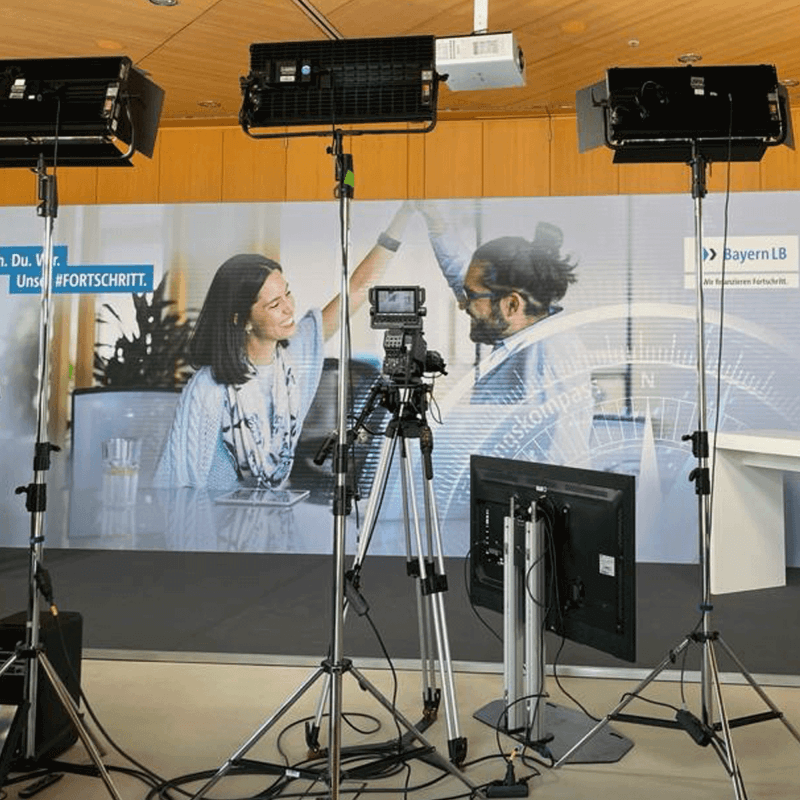 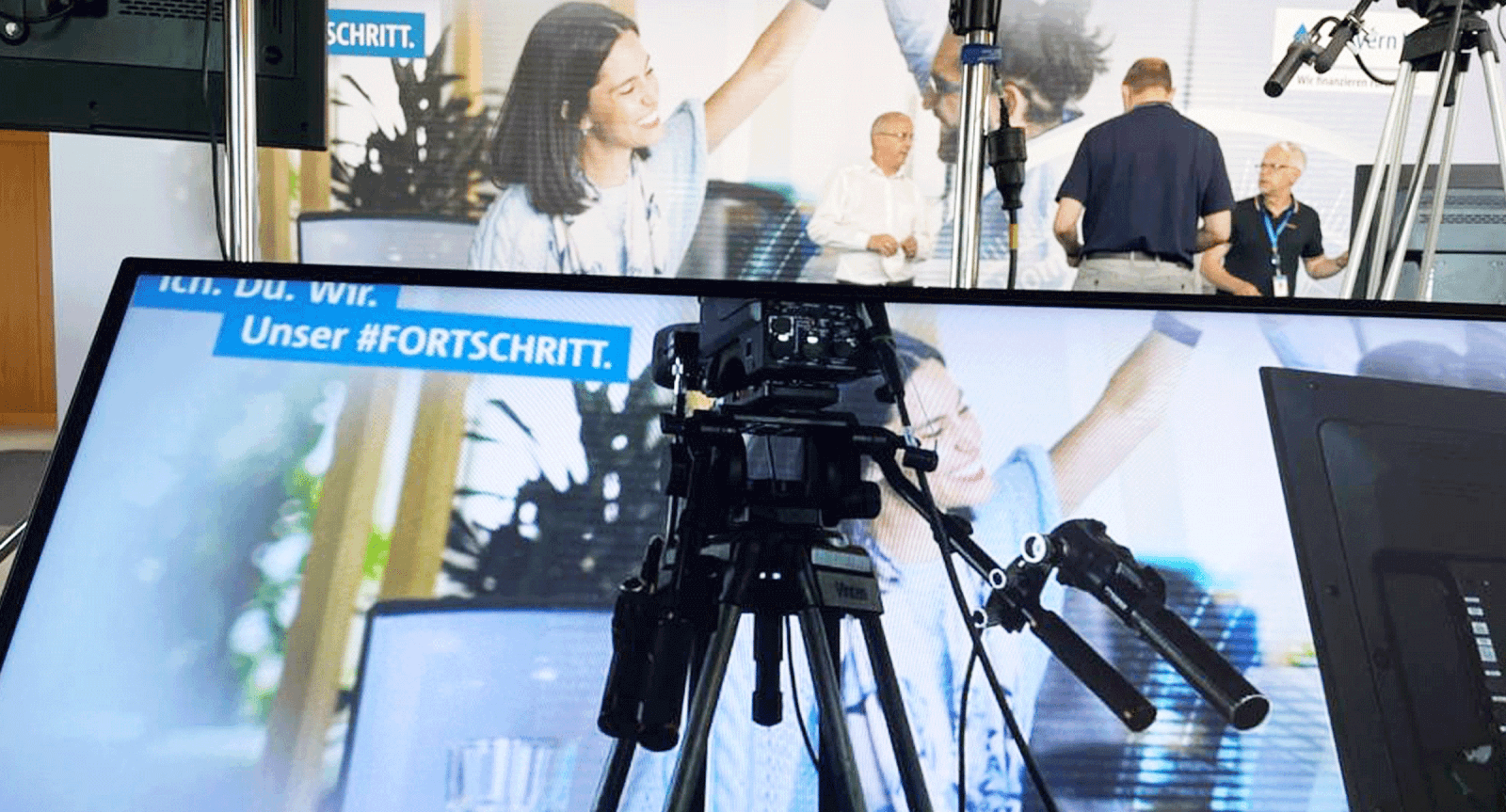 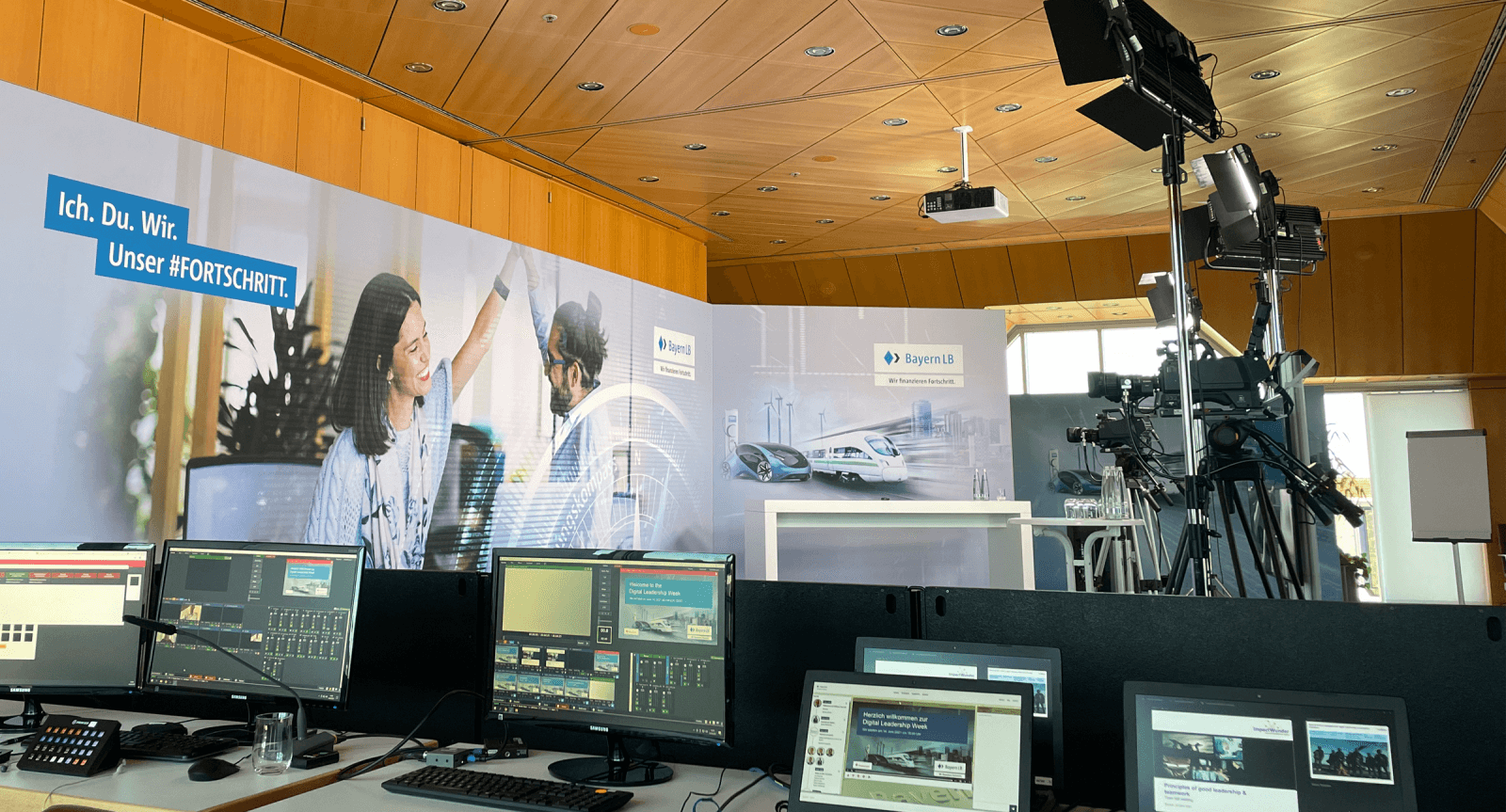